Bienvenidos, readers! Today will be another day spent in the operating rooms. The team is starting to flow very smoothly and work out all the kinks from Monday and Tuesday. Upon arrival at Hilario Galindo, surgeons immediately went to check on their patients from yesterday, while everyone else scrubbed in and began prep work. Our fantastic morning was fueled by the omelets and pancakes served at breakfast.

We were hoping surgeries would be able to start off without a hitch, but unfortunately, Edna, one of the patients Dr. Hartz operated on yesterday, was having some drainage issues. Although she had her gallbladder removed, Edna was still in a lot of pain and it was discovered that she had some internal bleeding. Fortunately, staff members and volunteers were able to shuffle around the schedule, and Edna is currently in the operating room, where Dr. Hartz and Dr. Sachs found the root of the problem and are working hard to fix it.

I had the absolute pleasure of meeting Valeria in the PACU after her operation this afternoon. Valeria is a seventy-five year old woman who was seen by Dr. Sachs for a hernia. She was alert and very chipper after her surgery; she was happy to chat. I learned that she has ten children: nine girls and one boy! On top of that, she has thirty grandchildren and one great-grandchild. She explained that she had previously had her gallbladder removed, which went well, but soon after the surgery, she fell during the night. Valeria thinks that the fall was what caused her hernia, and she was grateful to all the doctors and nurses involved in her treatment. I also learned that she was looking forward to eating a vegetable tostada once she returned home!

Each surgeon performs between three and five operations a day. Our gynecology team – Dr. Higgins, Dr. Struxness, Tenisha Washington (scrub tech) and Rosh Patel (RN) – completed four successful cases today. One particularly memorable moment happened when they removed a bowling ball sized uterus from a patient. It weighed nearly five pounds, and we could all imagine the relief the patient will feel once she is discharged.

Another interesting operation was done by Dr. Sachs’s general surgery team (including Caroline Brown, RN, and Hector, a Guatemalan surgical resident). He pulled a large fatty tissue mass (lipoma) out of a patient’s left hip; it was in an awkward place, causing pain and discomfort. After the surgery, the team is sure the patient will be feeling much more like herself.

Although we will finish up later than planned, we still had an excellent, productive day. The physicians, nurses, and other team members have been doing great work for the Guatemalan people, and we are so thankful for this opportunity to serve them.

Tomorrow will be the final day of procedures! We pray for all the patients who will receive care tomorrow and for the many hands that will treat them. 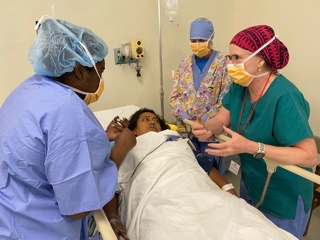 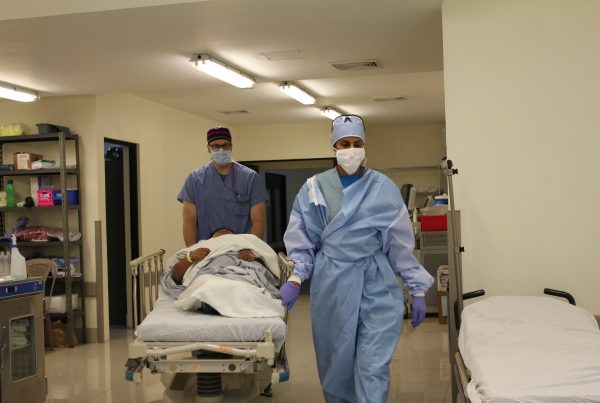 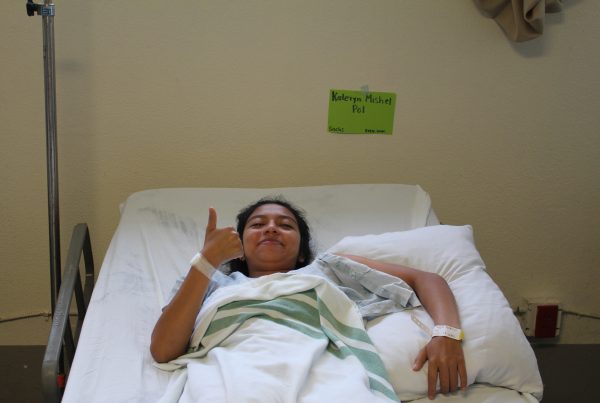