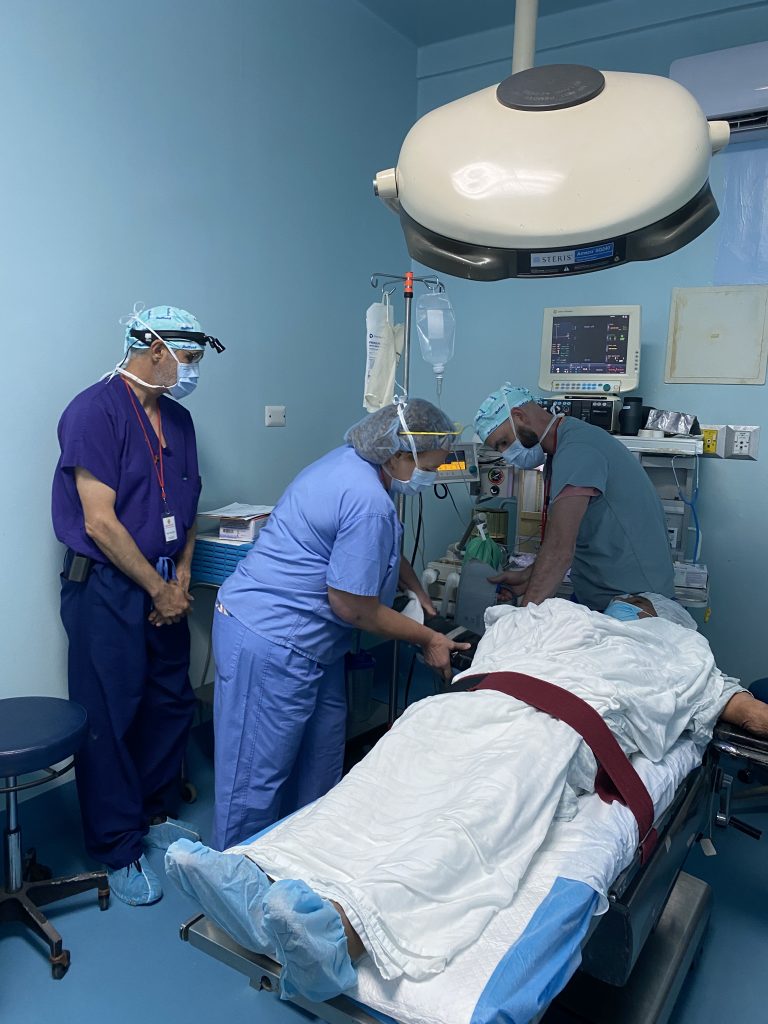 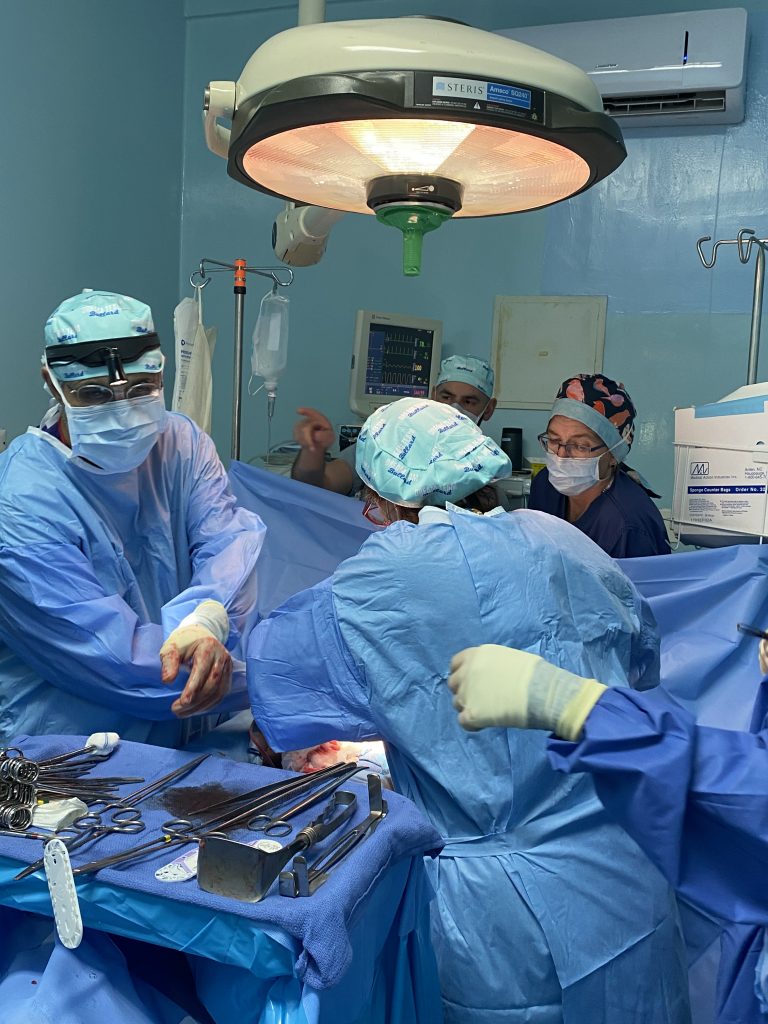 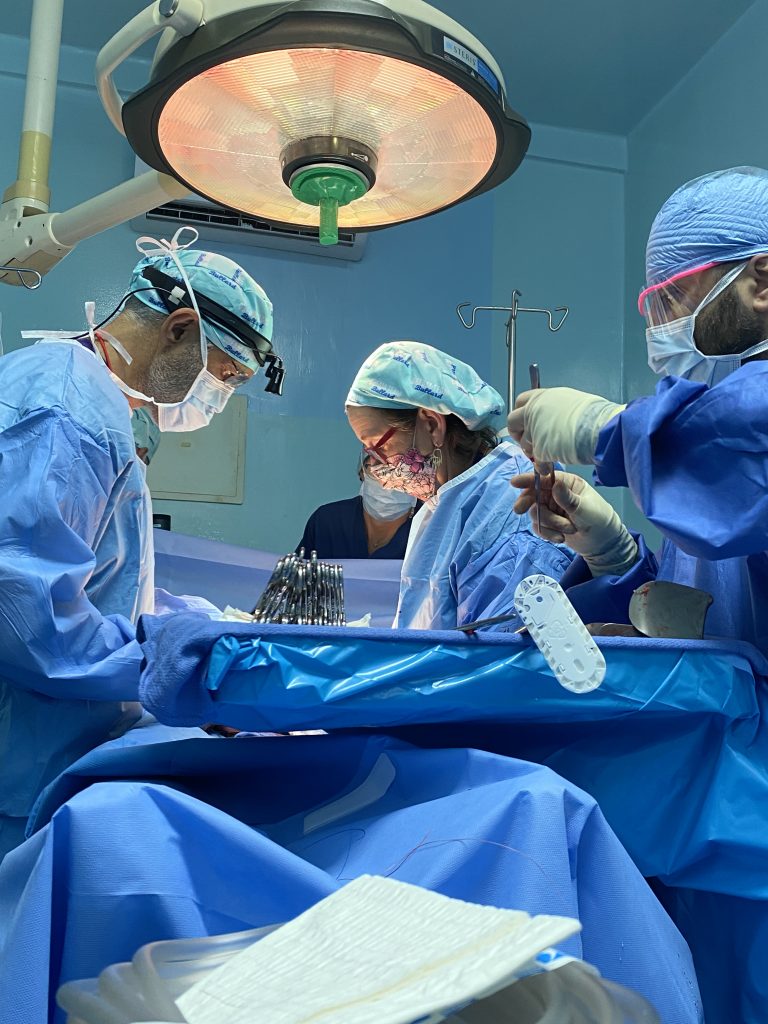 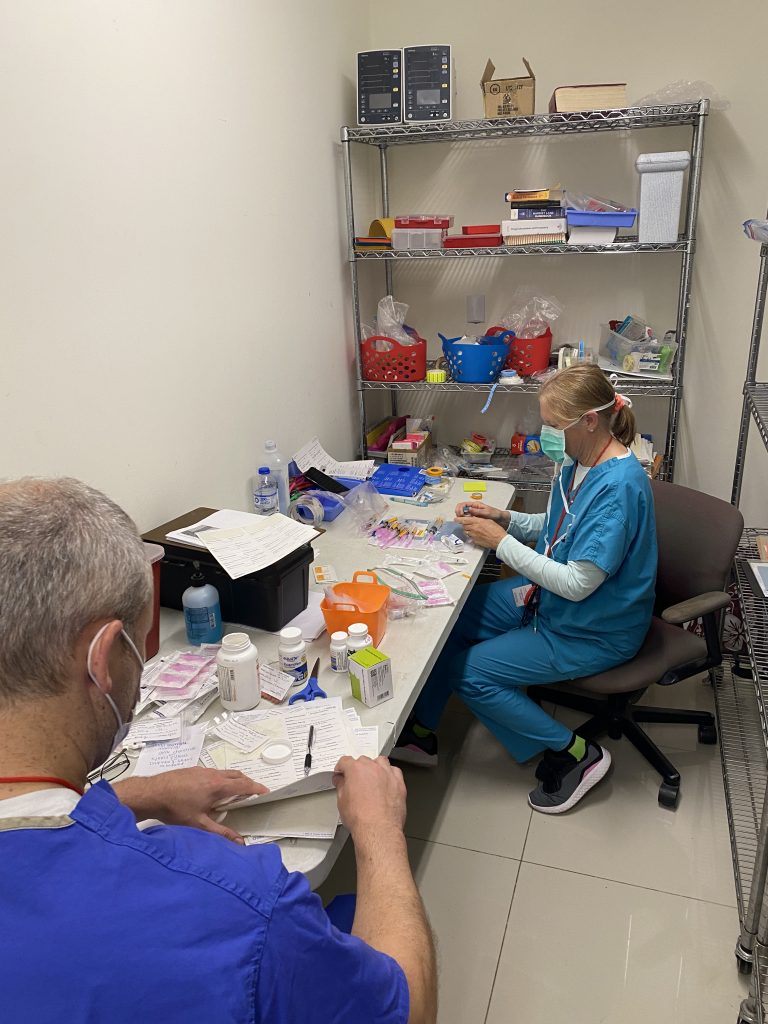 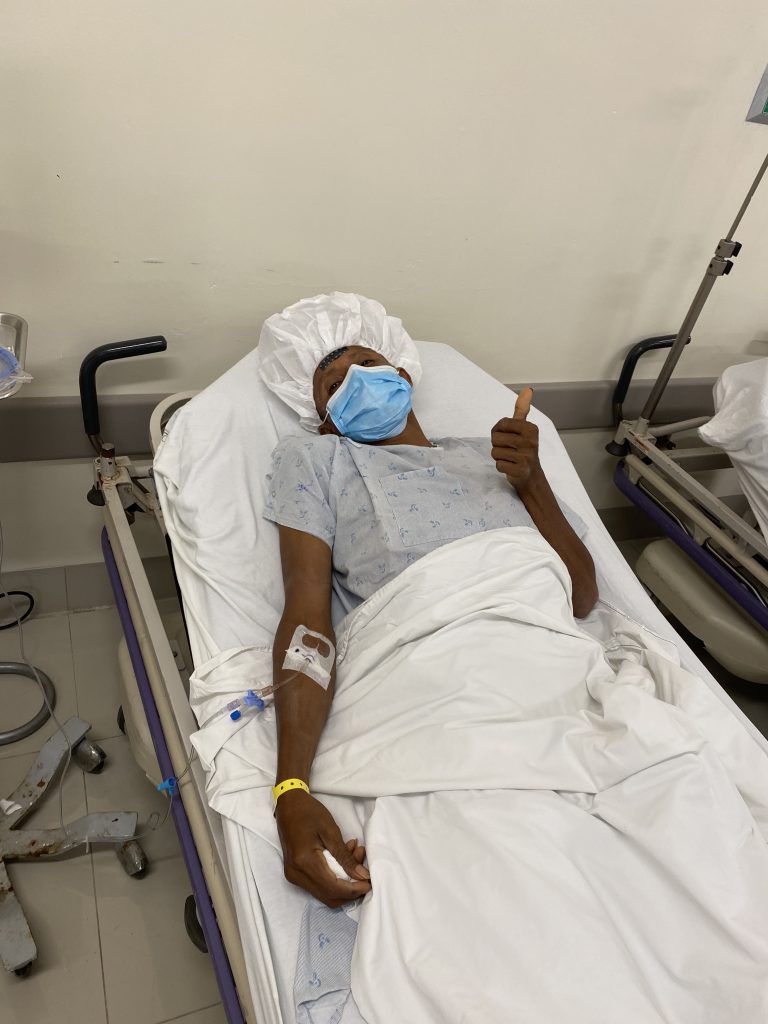 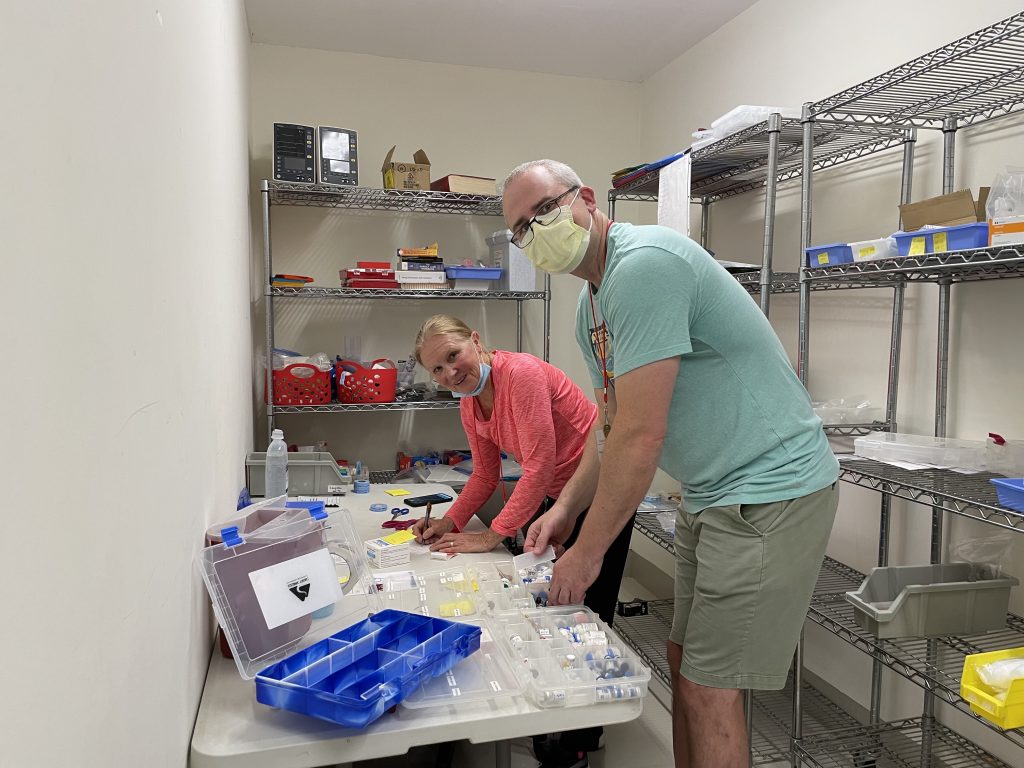 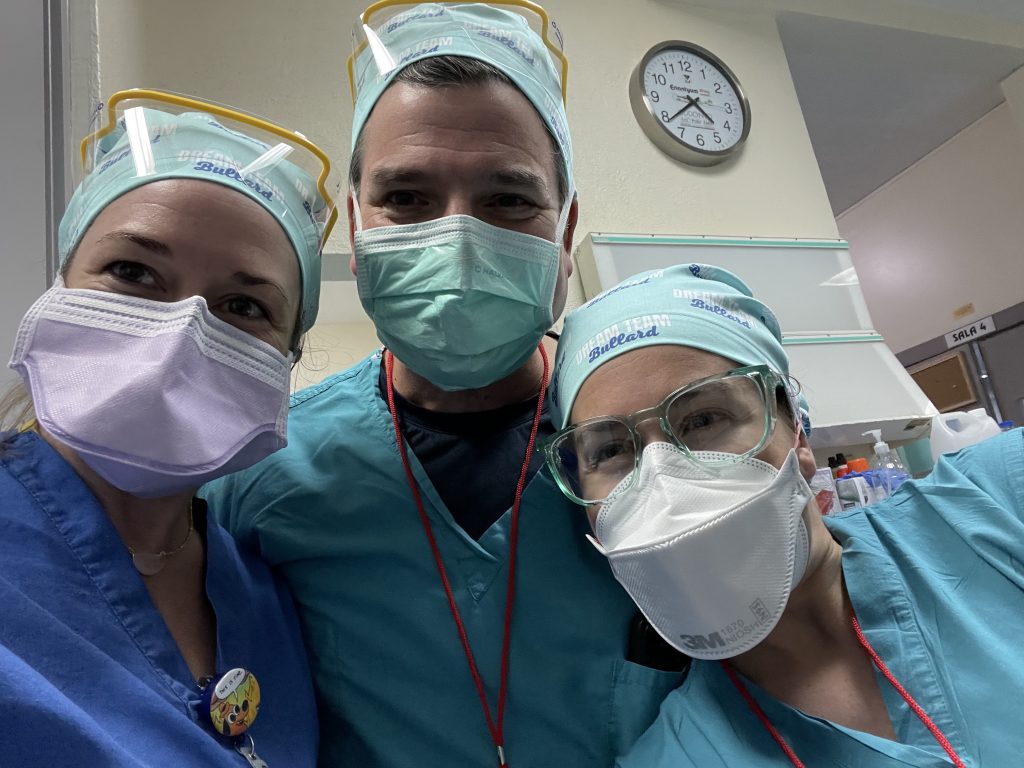 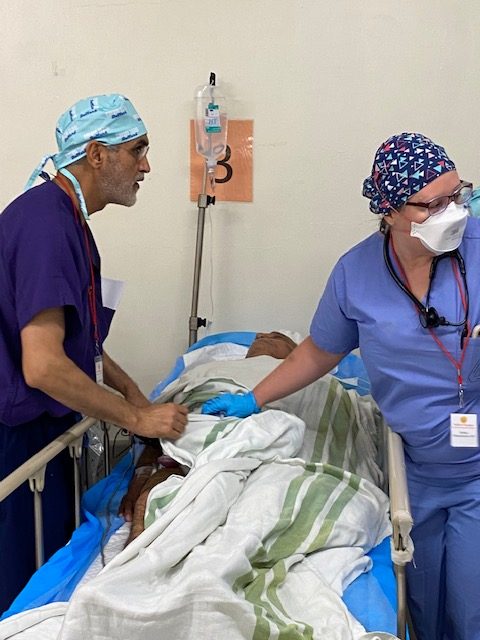 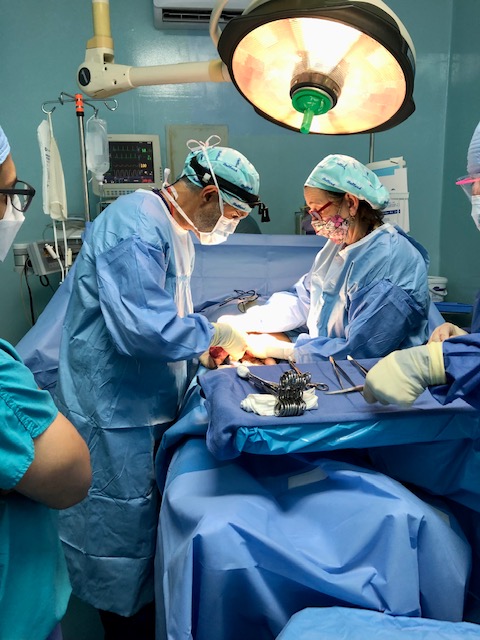 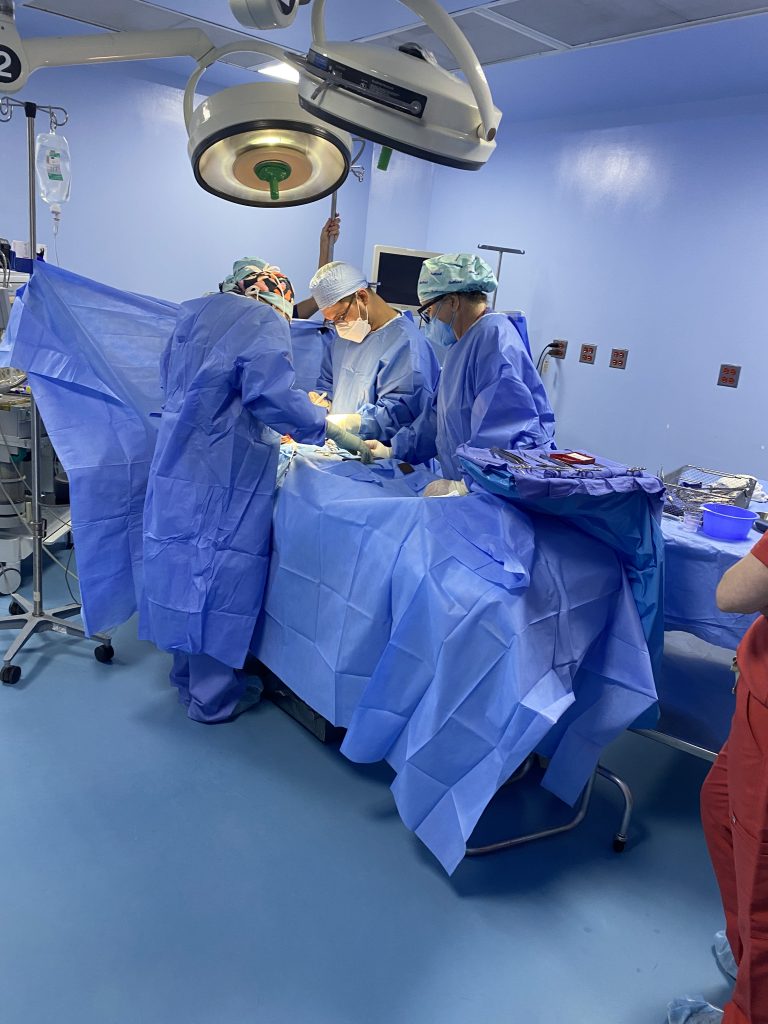 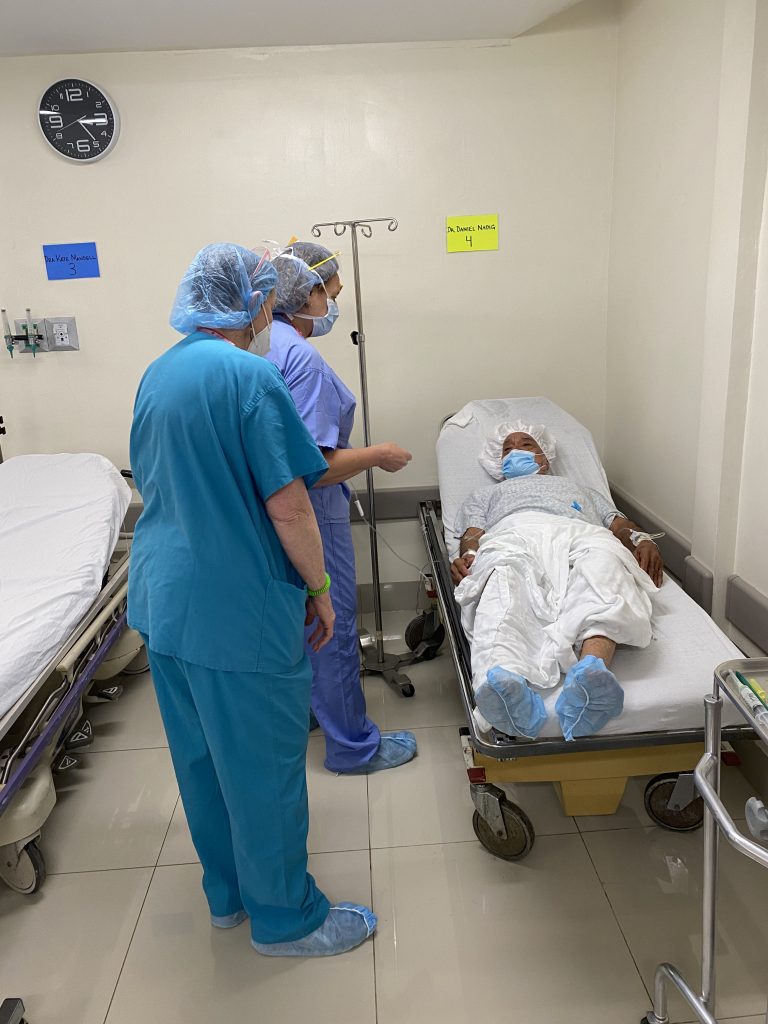 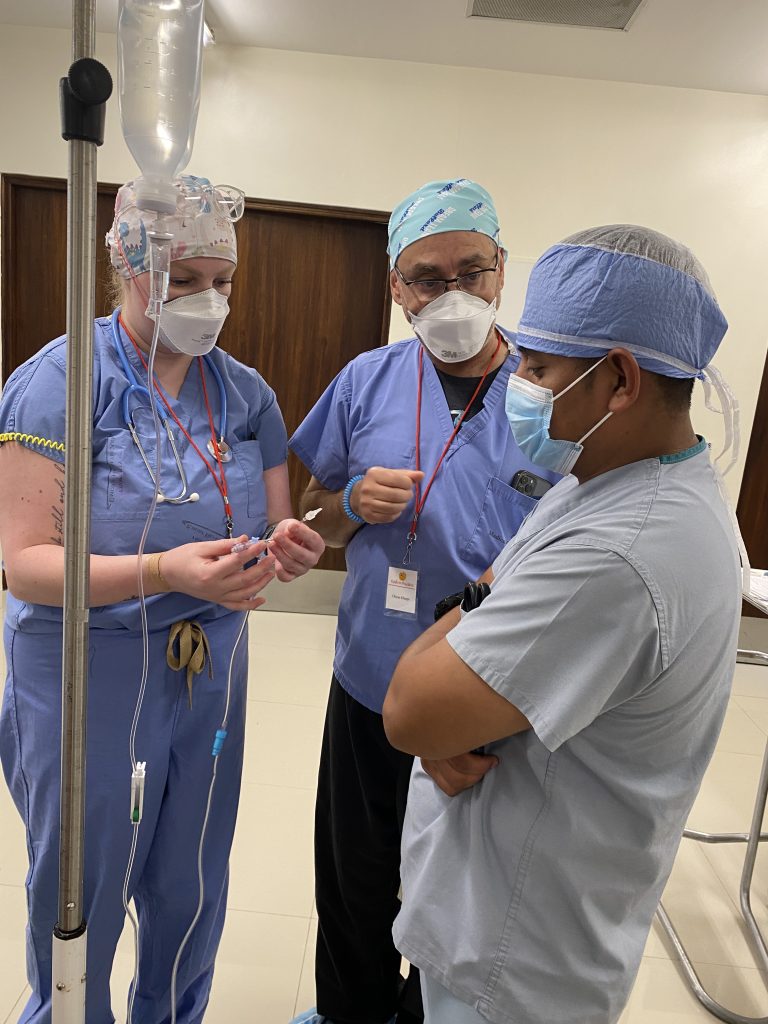 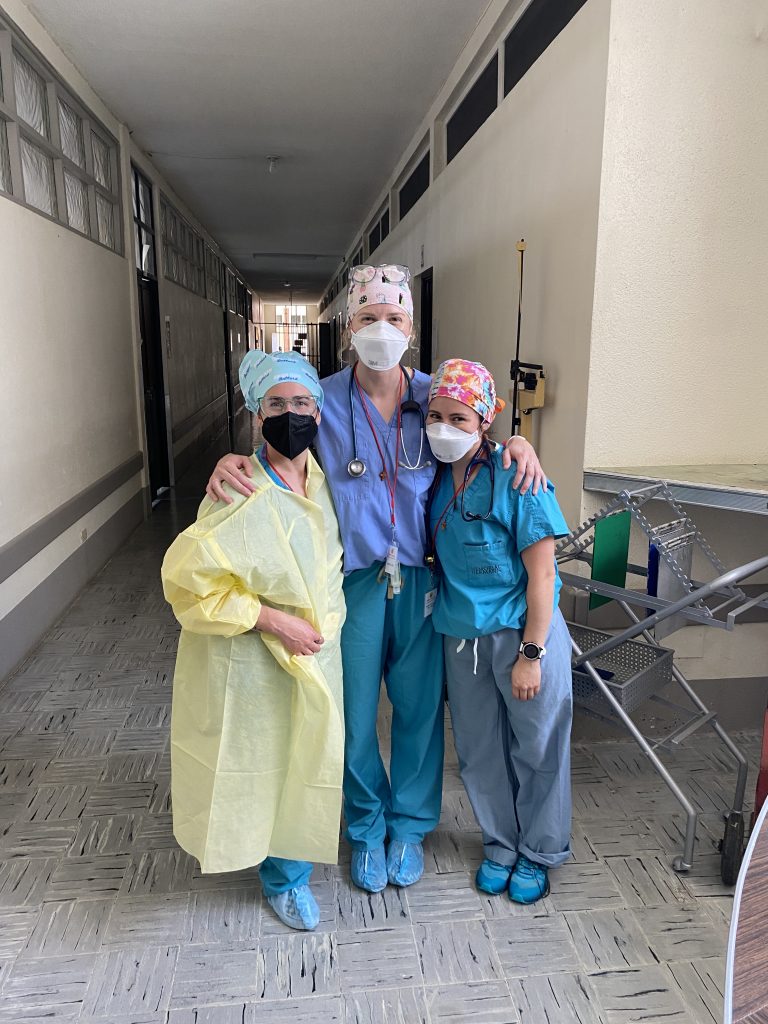 Greeting Peeps! The first day of surgery went great, and the lives of more than twenty patients have already been changed for the better. Because Monday is the first day that surgery teams work together to help patients, it is the most difficult day of the mission. Even the most experienced teams have challenges in new and different environments. Even with those extra difficulties, every surgery was completed, and we have some great stories of these patients to share with you.

One of our most remarkable patients for surgery on Monday was a middle-aged man who came to us with a massive hernia. After talking to the patient, we found out that he had suffered from his ailment for more than 50 years! In addition, he has 12 kids with whom he will finally be able to do more activities after his surgery. We were very excited to help change this man’s life, but nothing could have prepared us for how happy the man was to go into surgery. In the pre-op room, the man began to sing! He gave the pre-op nurses and interpreters a 10-minute performance from his bed, smiling and energetic despite his age and condition, and probably calmed his nerves (surgeries are scary!).

The procedure was long and complicated and required two surgeons to complete, but after more than an hour of intense surgery, the team emerged from the OR with their recovering patient. As the man slowly awoke from his anesthesia, a smile crept across his face to realize that a huge weight (literally and figuratively) had been lifted off of him. Having a patient be quickly awake, strong, and in relatively minimal pain after a surgery of that size is very uncommon, but the sight was a relief to our entire team. We’re all very grateful he’s recovering well.

Another inspiring patient story comes from a healthy young man in his late 20s with some bumps to be removed, but the team also discovered that he had hypertension, which is uncommon for someone of his age. After noticing this anomaly, the team determined the cause because unchecked hypertension can lead to a stroke. Had they not noticed that a number on a graph was abnormal and required further investigation, the man could have died decades before he normally would have. These seemingly small observations by trained medical staff are some of the most important ways our team can amazingly impact the lives of the patients they work with.

Twelve hours after beginning work, our tired team returned to our hotel for dinner and a good night’s rest. Another 5 a.m. day tomorrow on day 2 of surgeries! 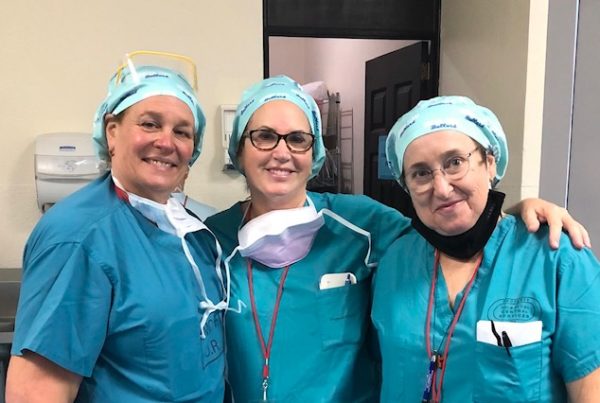 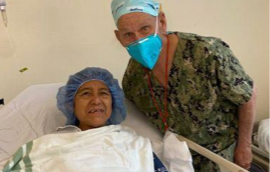 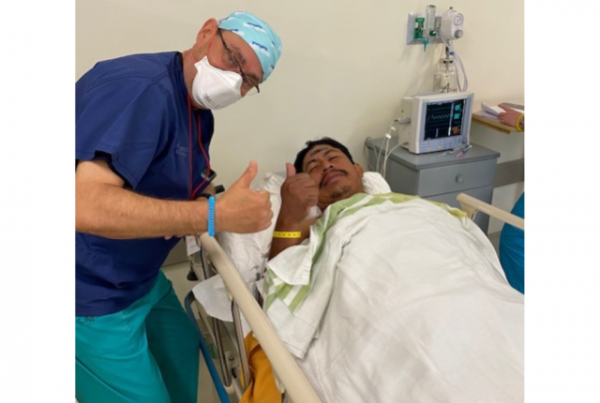