Today was our final clinic and the team wrapped up with a very busy but successful day. Along with the usual bustle of the clinic, there was also the exchanging of hugs, gifts, and words of gratitude from patients and volunteers alike. One woman brought beautiful traditional Guatemalan shirts for one of the volunteers and gave them as a gift to say thank you for helping her. 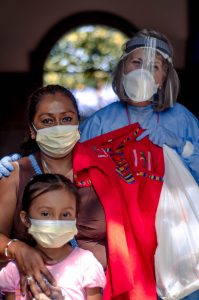 There were a couple new additions to the clinic this trip that were very successful. One was a place where people could go to get eye exams and get reading glasses. The other was a new diabetes education program to help people learn how to take care of themselves. Both programs were very popular. I got the chance to talk to a couple people after they received their reading glasses, and I asked them what were some things that they could now do that they couldn’t before the glasses. 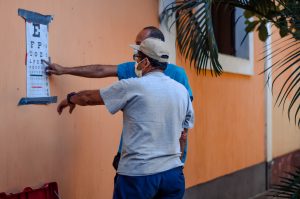 The first man I talked to said that he was a fisherman. That is how he provides for his family, both by selling the fish to make money, and also by bringing it home to eat. He said that he had glasses previously, but they had broken a while ago. Because his glasses were broken, he was no longer able to see well enough to tie the fishing nets, and so providing for his family has been very hard. He told me that now that he has glasses and can see, he will be able to tie his nets and provide for his family again.

The second person I talked to was a woman who had received reading glasses. She told me that recently it had 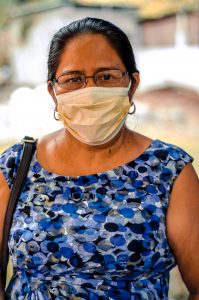 been very hard to read small writing because she couldn’t see well enough to make out the letters. However, with her new glasses, she is able to see and read well again!

This trip, there were some changes made to the diabetes education program that has been used in the past. It was led this time, by some amazing premed students that volunteered to learn the curriculum and teach a class to the people there. Many people who come through the clinic don’t really know what diabetes is or don’t know that they have it, so this education is very important. Also, we can only give out medication that lasts so long, the people need to understand why it is important and how to take care of themselves. Along with the diabetes curriculum, they also provide nutrition, hypertension, and other educational discussions for people with different needs.

When the last patients had been seen, the team broke down the clinic, loaded it into the truck, and then gathered to thank the local volunteers that had been with us all week. A few people spoke to the group, thanking everyone for their effort and commitment. The team presented gifts to the local volunteers, put together by Cindy and Bob, before saying the last goodbyes and loading onto the buses. A tired but happy crew returned to the hotel where we shared dinner and a devotional to end a very successful last clinic day.

All photos featuring patients, volunteers,
or staff members without a face covering
were taken prior to 2020.